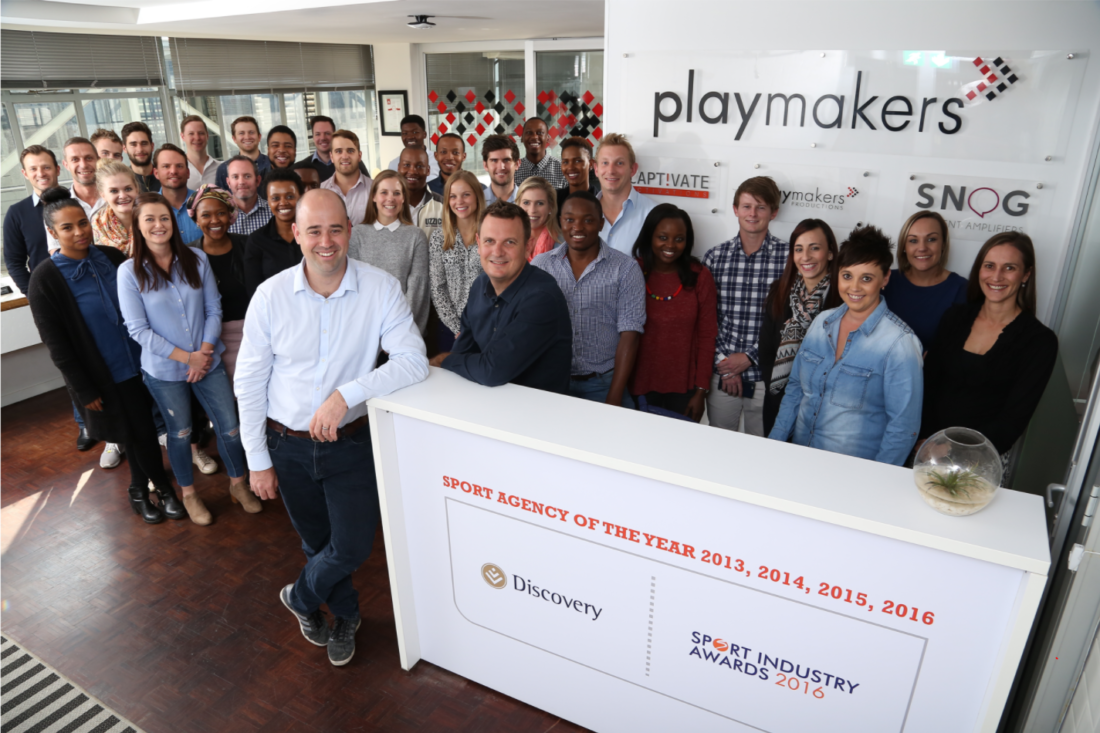 Playmakers win the Sponsorship Gold Award at the AMASA Awards

Playmakers walked away with the coveted Gold Award in the Sponsorship category at the AMASA Awards that were held in Sandton. The AMASA Awards exist to celebrate successful ‘all-rounder’ media campaigns; ones which are based on sound insights, underpinned by great ideas, followed through with perfectly executed strategy to achieve outstanding and measurable results – all the while celebrating innovation.

The agency was awarded the Gold for its Coca-Cola campaign, #ThatsGold @SuperSportTV. The campaign entailed creating a series of commercials around the 2016 Olympic Games where fans determined the content of the commercials through social media conversation. The commercials were created to uplift South African fans and allow them to celebrate their golden moments around the Olympic Games. The campaign culminated in a two-minute theme piece which featured all the South African medal moments.

Playmakers CEO Richard Dunn: “We have always had a strong media led approach with clients like Coca-Cola, so it is very rewarding for us to win the Gold Award within the Sponsorship category as we feel it is important that the sponsorship industry is strongly recognised in the media sector.”

Dunn credits not only the client and the agency in the success but also the part that DStv Media Sales and SuperSport played in producing the campaign. “We like to challenge convention in the broadcast media space, we are immensely proud of this campaign as it also won a Clio Sport Award in New York earlier this year and this is credit to everyone who was involved in putting this campaign together.”

Coca-Cola’s Connections Planning Manager, Jodie Bailey-Norris: “This was an unconventional and creative approach towards a property Coca-Cola has been involved with globally since 1928. We need to continually evolve in how we connect with our consumers and this campaign approach has been used as a best-in-class example of what can be achieved through the intersection of traditional and social media channels, leveraging consumer behaviour around second and third screens.”

Dunn believes because media consumption is changing so quickly it is imperative that they keep challenging the norm in terms of how they provide their media solutions going forward. ”This is an exciting time as so much disruption creates so many more opportunities.”

RT @DStv: 🔴Warriors 🤝 Amabutho 🟢 Key Battles: Kerr 🆚 Seema Khune🆚Mothwa Lorch-Ngcobo 🆚Memela-Qalinge Dolly 🆚 Letsoalo 🤳Screenshot your…
We use cookies on our website to give you the most relevant experience by remembering your preferences and repeat visits. By clicking “Accept All”, you consent to the use of ALL the cookies. However, you may visit "Cookie Settings" to provide a controlled consent.
Cookie SettingsAccept All
Manage consent

This website uses cookies to improve your experience while you navigate through the website. Out of these, the cookies that are categorized as necessary are stored on your browser as they are essential for the working of basic functionalities of the website. We also use third-party cookies that help us analyze and understand how you use this website. These cookies will be stored in your browser only with your consent. You also have the option to opt-out of these cookies. But opting out of some of these cookies may affect your browsing experience.
Necessary Always Enabled

Performance cookies are used to understand and analyze the key performance indexes of the website which helps in delivering a better user experience for the visitors.

Analytical cookies are used to understand how visitors interact with the website. These cookies help provide information on metrics the number of visitors, bounce rate, traffic source, etc.

Advertisement cookies are used to provide visitors with relevant ads and marketing campaigns. These cookies track visitors across websites and collect information to provide customized ads.

Other uncategorized cookies are those that are being analyzed and have not been classified into a category as yet.

SAVE & ACCEPT
Powered by